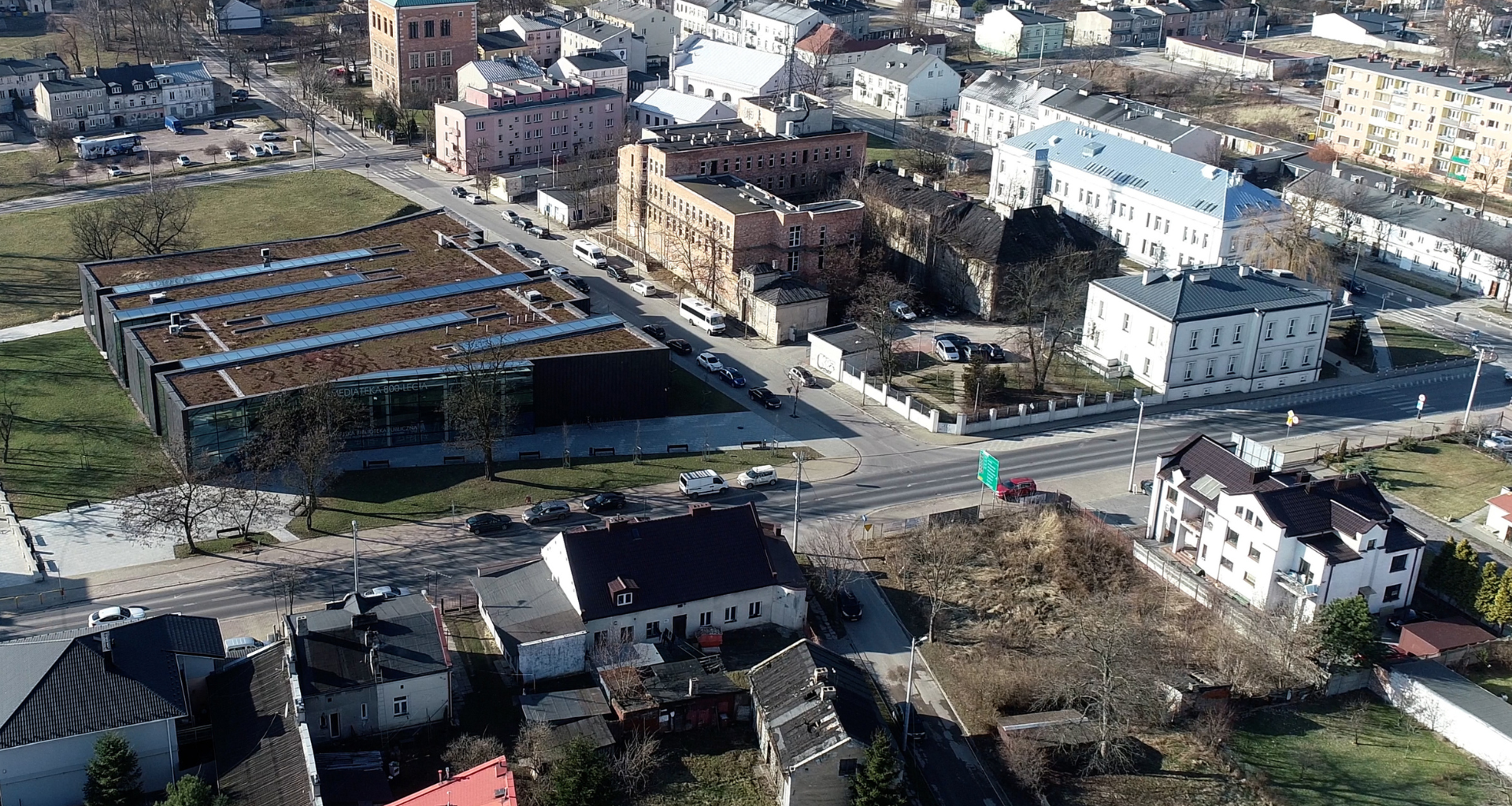 Learning through play, modern VR technology and the city library – can it be combined? GroMar experts know it can. And the proof of this are our projects in the Mediateka 800th Anniversary. Check the case study for Piotrków Trybunalski.

Creation of the VR room – the World Experience Room, where you can:

Already during the construction of Mediateka in Piotrków, an idea emerged to designate one of the rooms as a VR room. Representatives of the city authorities, benefiting from over 10 years of cooperation and previous GroMar implementations for Piotrków, also trusted the experience of our experts this time.

The idea for the VR application came from the very beginning, and the goal was clear – to convey knowledge and interesting facts related to the city. This is how the concept of a virtual balloon flight was created so that the recipient could see and learn about the most important attractions and points in Piotrków, and at the same time learn something more about them. The experience of a virtual balloon flight over Piotrków is interesting in that users (both children and adults) can not only visit various places above the city, but also mark their favorite places, e.g. their school and a kebab point.

Piotrków is also known for his sports achievements and his handball team. Therefore, the city authorities decided to use handball and a virtual game with its use. It was about a short game and set pieces of the game to be played (penalty kicks, free kicks, action kicks). During the implementation of this project, GroMar experts met with real athletes from the Piotrków team. Together with them, we conducted the so-called a motion capture session, which was used to reproduce the real movements of players. Based on this session, the players’ animations were created. Thanks to this, each participant who plays a match can almost feel as if he is playing side by side with his favorite player. This is an additional attraction for young sports enthusiasts.

The last element of the World Experience Room is a mirror based on AR technology. It allows you to go back to the old times and try on the costumes of kings, princesses and knights. Thanks to the fact that all the costumes have been reproduced with the preservation of historical and authentic details, children using mirrors can feel like in the times when the Piotrków castle was still inhabited by true rulers. This way, they not only have fun, but also enhance their learning experiences.

The VR Room – The World Experiences Room enriches the offer of the Municipal Public Library in Piotrków Trybunalski with educational and entertainment elements. The available games and attractions can be used not only by children and teenagers, but also by adults. This solution is a great way to spend time useful and interesting, not only through play, but also through learning.

See the video material from our implementation for Mediateka!

Do you want us to create some VR/AR multimedia for your city, institution or company? Let’s talk! Contact us via form.